A mini one man expedition to visit the Dumfries and District Gliding club on Sunday 18th.  This club is decidedly off-the-beaten-track – about 6 miles from the nearest (small) town, most of which is along a single track road, you come to a sign for the club

On arrival the winch was out and running so that looked promising.  Turns out I was only the second person to appear so it was time to retire to the club house and drink tea until others arrived. 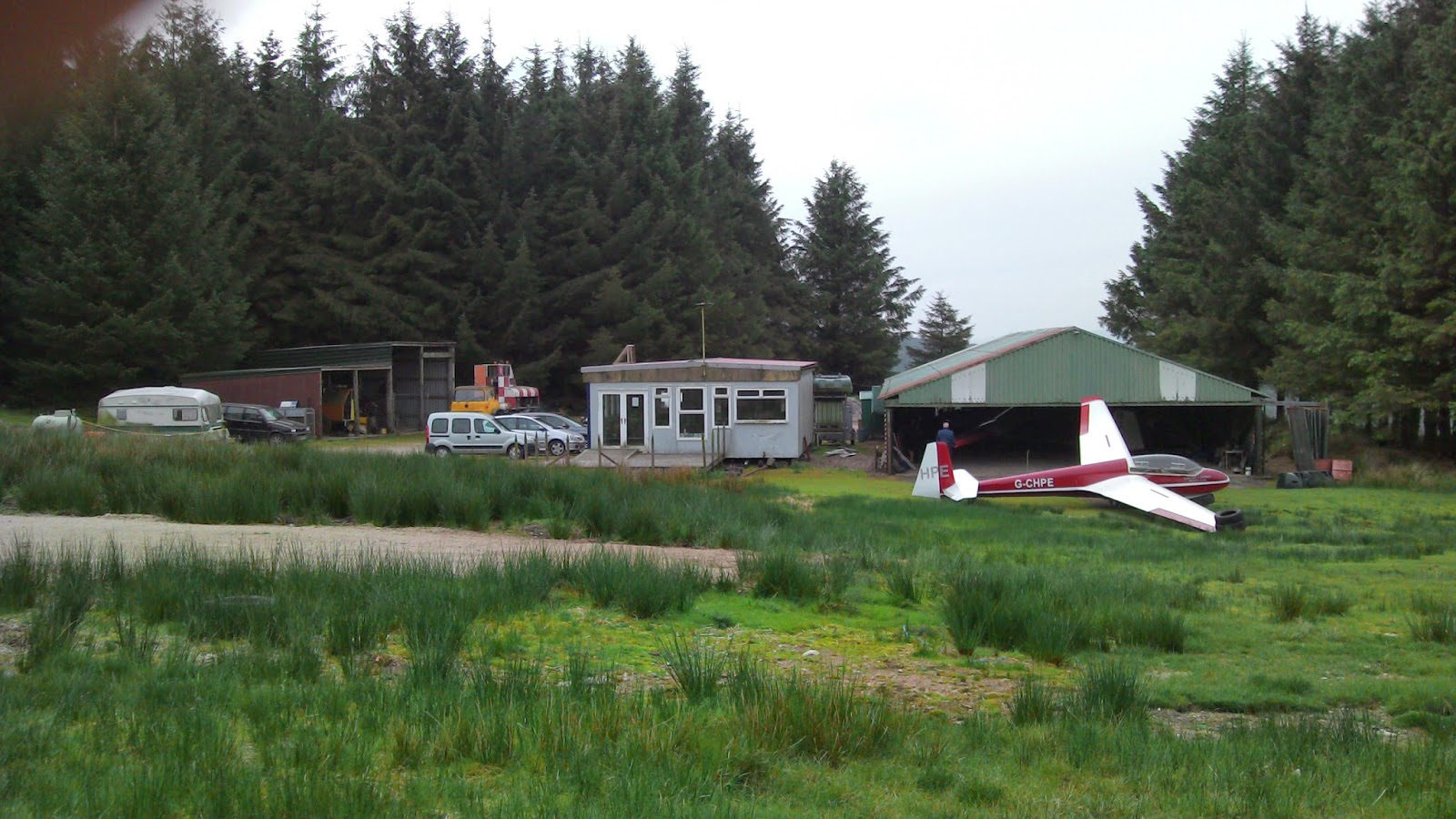 Slowly others arrived until we had enough (just) to operate but the amount of wind was enough to dampen sufficient enthusiasm to commit aviation.

The club has been through a difficult period since the MOD visited in 2011 and ran large vehicles on the runway and ripped it up so much that it’s only recently that the runway is once again useable.  A small club to start with but the effect of the runway problems was to halve the membership.  A tough time but the hard core of members are ready to rebuild the club.  At the moment Sunday is the main day the members gather.  A club worth visiting and supporting.  The Galloway region is something special with spectacular scenery around every corner and such quiet roads (I saw 6 cars and 1 motorbike in my 20 mile trip to the club).