Lots of members turned out to play and 4 private gliders rigged.  Despite a 90 degree cross wind and the subsequent poor launches (1,200ish was what I was seeing from the back seat of a K13) thermals far from guaranteed, quite a few decent soaring flights were had.  At one point in the afternoon all 7 gliders were airborne and the launch point empty.  Chris K set the time to beat flying his Cirus for 50 minutes, which Colin B bettered by 8 minutes flying his LS3-17 but Rob J, in his Cirus, clocked up 1:13.  Mind, it wasn’t easy, Colin had to take 3 launches to get one decent length flight.  Alan P decided to have a rest from short circuits in his Olly and handed over to Alan B to add a new type to his log book.  He obviously hadn’t been told the Olly was just doing circuits as he flew for 38 minutes.  On handing it back to Alan P normality (i.e. a short flight) was restored. 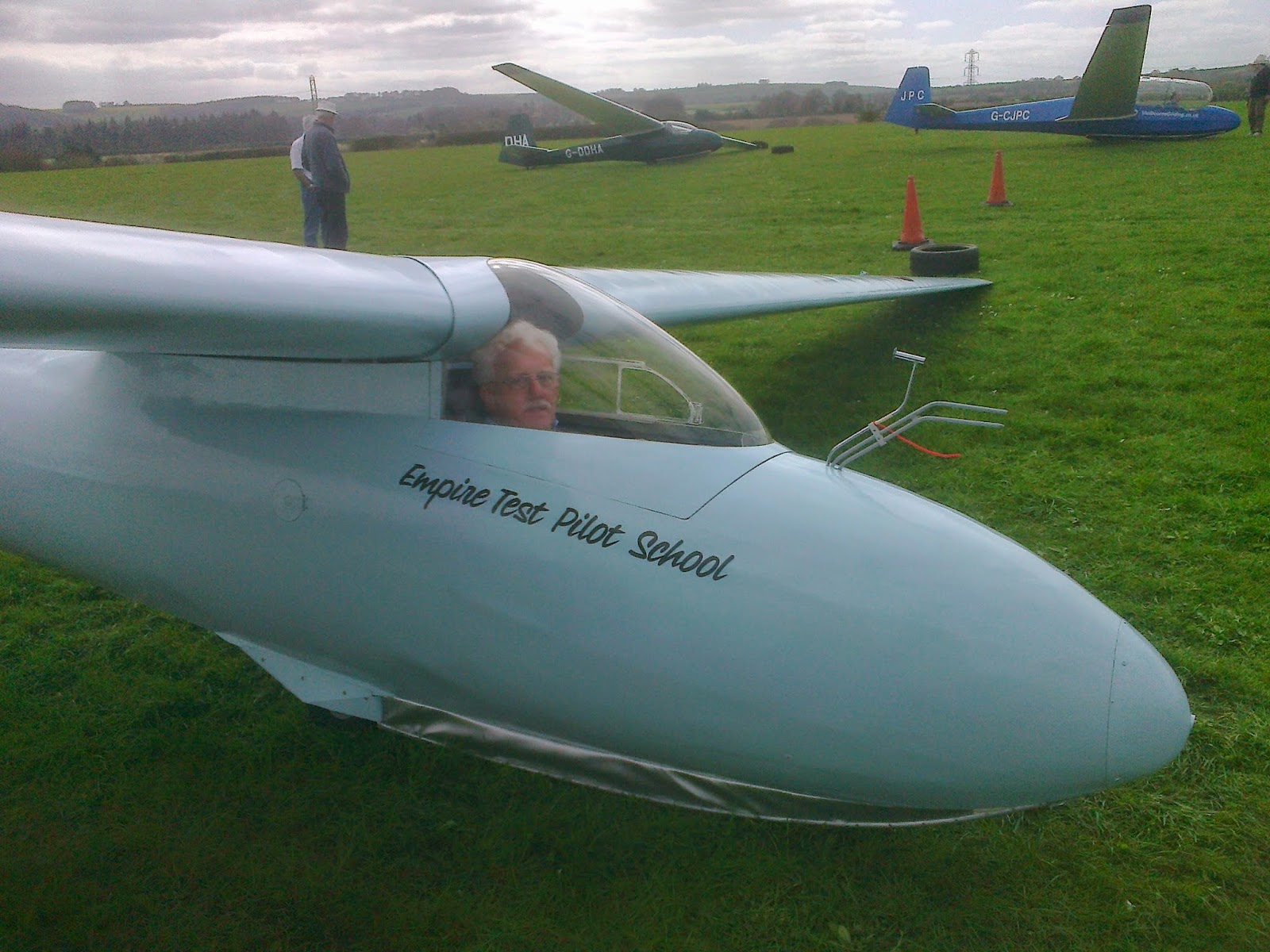 Meanwhile at the top end of the field the phantom grass cutter was attacking some of the vigorous spring grass.
20 members flew, including Alex R one of our new junior members taking advantage of half term.  Almost 10 hours flown off 37 launches.