The weather app on my ‘phone said it was clear and sunny.  My eyes, however, suggested there was a sheet of cloud completely filling the sky.  The sun on broke though briefly to shine on Paul P washing the wings of the Vega.  Undeterred, gliders were pulled on line and Carol P took the first launch in the K8 and returned 23 minutes later.  That remained the target to beat until, a couple of hours later, Bill C, in the K8, established a new target of 34 minutes.  The only other person to get near to that was Paul P in the Vega with 32 minutes.  Given the extra launch height available with the K8 and the time just to use that height there were those that argued that the handicapped longest flight would have been with Paul P.  The cloud cover stayed all day but out of the 30 launches 2 managed over 30 minutes and another 5 of 20, or more, minutes.
Couple of appearances on the airfield not seen for a while.  HAX was rigged and flown for the first time this year and we were able to welcome back Bill O.  Despite an 18 month lay-off he certainly hasn’t forgotten how to fly.
Towards the end of the day a big fire on the hill to the south west was pouring out smoke that instead of rising ran down into the valley and up our western ridge 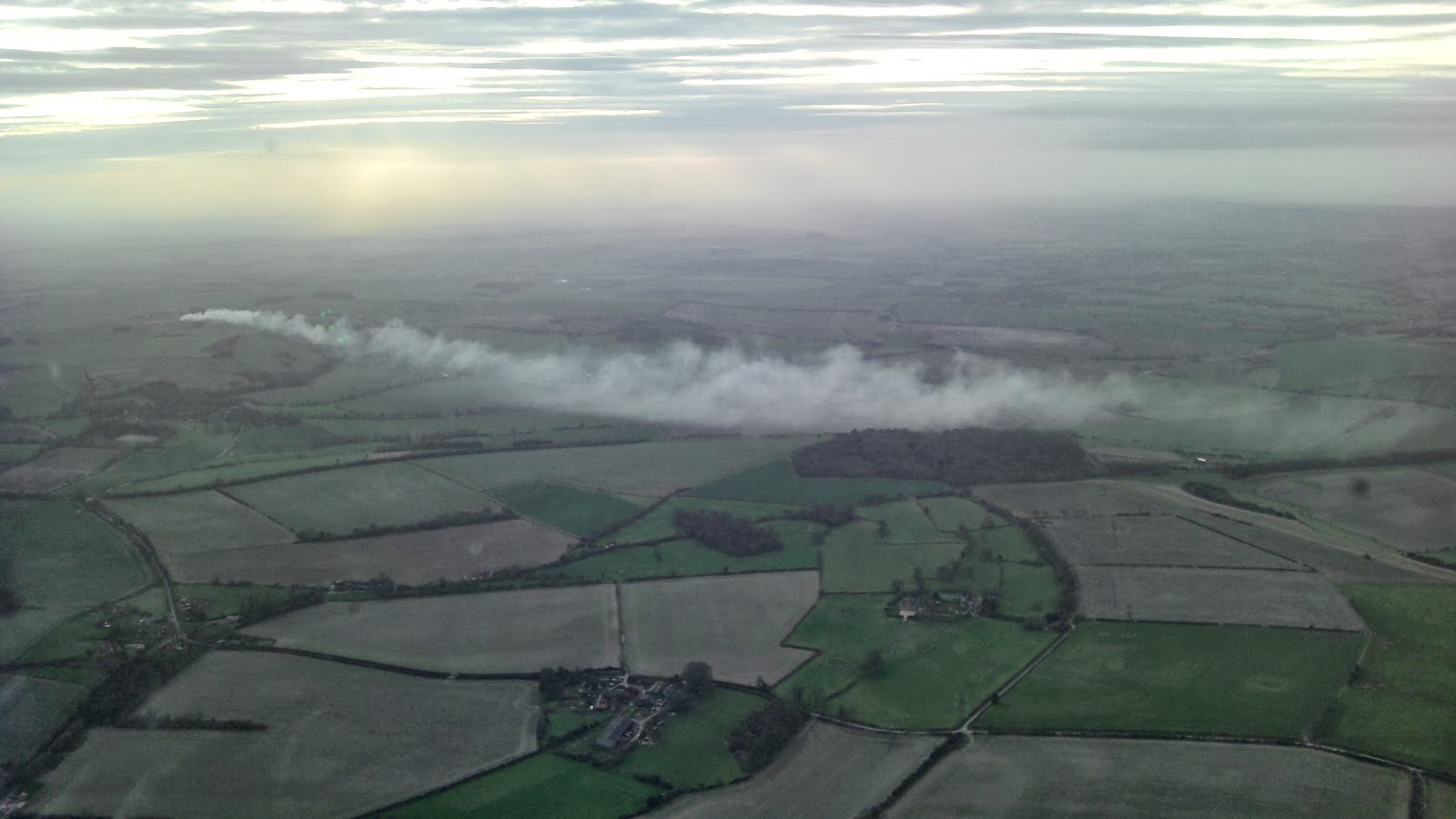