Just as the locals predicted Thursday was indeed a good ridge day at SB.

The day started off bright and mild but with not quite enough wind to make the ridge work the first flights by the locals were not that long.

Not to be put off Chris and I took the Janus for a flight and after thermalling down from our 2,000ft aerotow began working the ridge, after an hour we landed to give Carol and Rod a go. 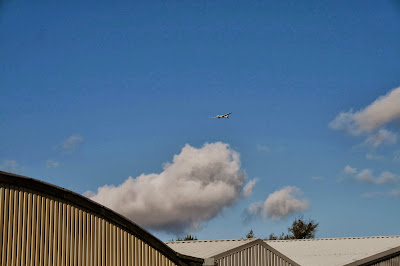 As Carol and Rod were flying I noticed that the SB motor-glider was ridge soaring as well and was making good use of the lift.

It soon became clear that not only was the motor-glider ridge soaring but that also it was doing so with the engine switched off! After half an hour’s ridge soaring they gave up and came into land probably due to the fact that with the engine turned off it was not costing anything and the treasurer had noticed! 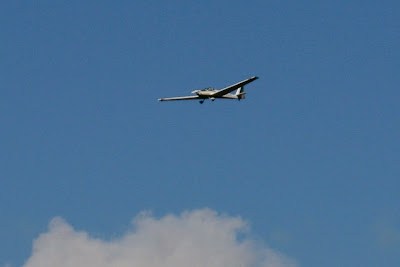 After an hour or so Carol and Rod landed and after a brief delay for lunch Carol and I took it up for another hour, Chris taking his LS7 ridge soaring for almost an hour as well.

So out of the 7 days we were there we had one day of wave and one day of ridge/thermal clocking up about 4 hours airtime each but as usual the flying, banter and the friendly locals made it all worth while…….roll on next year 🙂