Saturday started bright and ended bright. In the middle it was less bright. During the less bright part it was occasionally brighter than the times when it was most least bright. (Claire pour me another glass…)

During the first period of brightness Jim and the ls3 lot decided to rig and Alan brought his skylark out the hangar, so what is it about our hangar at the moment we have skylarks but no swifts or are they swallows and a kestrel in the wol box! Anyway because they had rigged in the bright bit when it got less bright they could take off and soar under the clouds causing the lack of bright. Jim managed to stay away from the most least bright parts and soar for 2 1/2 hours with a wander around but not much sense of cross country. Alan managed to injure his Skylark and so more of his favourite pastime of glider fixing awaits him.

Steve the Soaring Statistician (is that alliteration or does the definitive article prevent that? However Polish and Russian do not use articles so it works nicely as “Steve Statystyk Szybownictwo” or “Стив статистик Скользя”) reports: 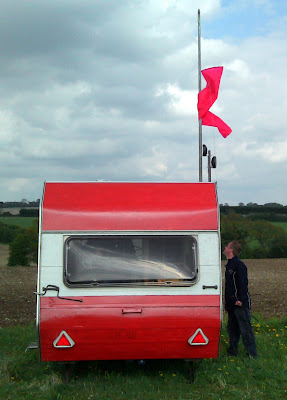 Alliteration allows “Peter Piper Picked a Peck of Pickled Peppers” so I think articles are allowed, but then if we are pickling peppers then we might as well be Polish anyway.