Home » Uncategorised » Sunday 27th May. What a day.

Cross country flying is ok, well it’s better than ok, for me it’s great, pushing oneself to your own personal limits and getting across country as efficiently as you can is fantastic but I have decided, strictly on a personal basis, to add a different dimension to my cross country escapades. I have therefore introduced cross country sign collecting.
The idea, and it has the seed which could become more popular as people realise how enjoyable it is, involves flying away from your launch point and taking a photo of the nearest signpost you can find.
Here is a beauty I collected on Sunday, isn’t she lovely?! 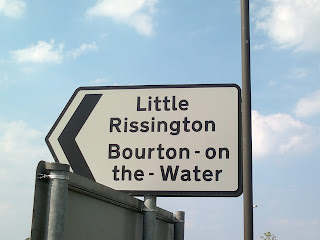 I’ve collected quite a few the last year or so but I’ve been somewhat hesitant to publicly air my passion for signs. One of my greatest finds was this little gem. 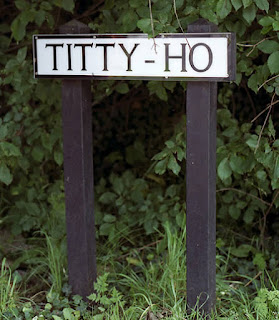 As I thermal’d above the airfield, joined by a couple of Ventus and LS8’s  I sctratched away thinking that if I landed at least I’d have some company, but after a while, as well as being a bit lower I realised they were all popping their engines.
I’ve mixed feelings about engines but the overriding feeling is jealousy.
How happy I was to see them turbo’ng away from certain land out while I turned finals and landed on a very nice runway.
A little later a gent from Aston Down landed at Little Rissington, unfortunately without putting his wheel down and on the runway. Very unfortunate to see but it does make the biggest Morse code I’ve ever seen and looked like this -… ..- –. –. . .-.
Until I landed out I was having a great day, fantastic runs with great air, well that was until the air changed and it all went to custard.