I thought the weekend just gone was going to be a complete loss as far as any gliding was concerned. I had a delivery in which was going to take up Sunday and I had planned to work on Saturday. As it happened I managed to make something of it.
I decided to charge my batteries, hitch up the glider and go somewhere in dragon territory.
After my delivery I ended in Denbigh, unhitched the glider, said hi to Kevin who was very helpful and booked into a Travelodge in Halkyn.
Bedbugs aside and damp from something horrible leaking in the bathroom, the accommodation was adequate but I’ve have been better camping in my car. The next morning I headed back to glide at Llweny Parc. 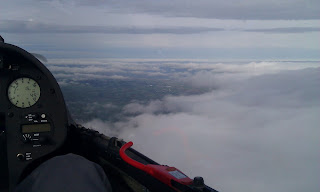 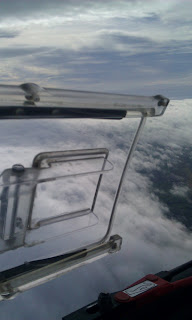 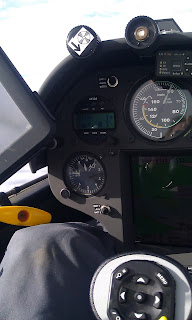 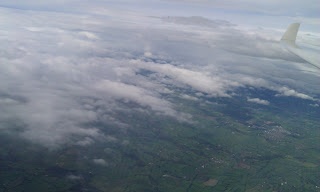 There weren’t that many people there but those who were I found warm and welcoming. I rigged and took the second launch early(ish) and found the air buoyant and interesting. I soon found an area of lift and turning into wind I started a weak climb in rotor to about 2000 feet. From then on it was a secession of climbs to 10208 feet. I remembered to push forward on each climb and keep a decent speed which needed to be in excess of 63 knots to keep in a static position relative to the ground.
I eventually got to a height where, had I been brave and turned on my artificial horizon I could have carried on climbing. I wasn’t that brave.
It was fantastic and I had views the Irish Sea and the coast from Prestayn to . The wind farm set in the sea was spectacular.
It wasn’t like XC, a much more different type of beast and one which made me nervous and somewhat anxious but I kept a good look at the clouds far below me and watched for signs of the blue hole closing. I could see the weather was changing and a higher cloud cover made any further climbs not something I was willing to take on. Smiling I opened the airbrakes and descended down to high key at Llweny. A high circuit and steep approach through turbulent rotor saw the glider land shorter than I’d planned but it was a landing!
It really is one to try again but with some of the members Shalbourne.