Congratulations to Nigel who converted to the Sport Vega for his first solo glass machine in his logbook. Earlier he practiced for a half hour solo in the K13. Claire also flew it for the first time. 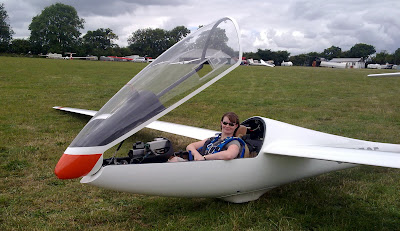 Meanwhile, as it was somewhat quiet on the instructing front I had one of these, a true work of art you’ll agree: 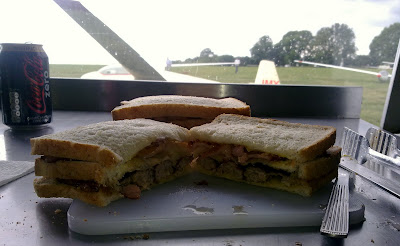 Chris had cooked a giant fried breakfast earlier, this gave him the energy to show Carol how to fly a circuit in 383. Carol then had a go and of course showed Chris his favourite TPs, Devizes and Wantage for 107km.

Others managed some good soaring and so I declare Task Week open!