A classic English soaring day: that’s to say thermals formed, overdeveloped and spreadout which made getting away tricky. It looked better up country, Jim zoomed 737 up to Norman Cross (I have no idea where that is either) for 300km out and return whilst the Janus and Duo also went somewhere. Closer to home Richard claimed a 2hr xc endorsement flight and Steve G escaped from the winch for a bronze leg. 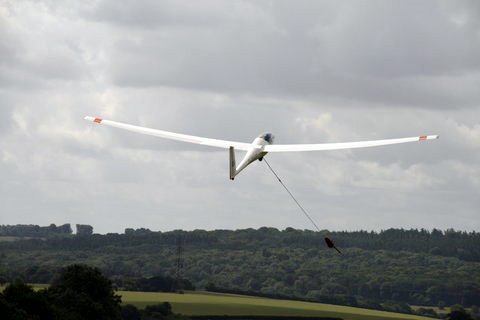 Phil test flew the Sport Vega and then opened it up to the proletariat. James H obviously liked it more than the blown Pajero turbo and completed an hours soaring in it.

In the evening the impromptu BBQ, organised during the week, was enjoyed by all; the only casualty being a single sausage that was much enjoyed by the dogs.